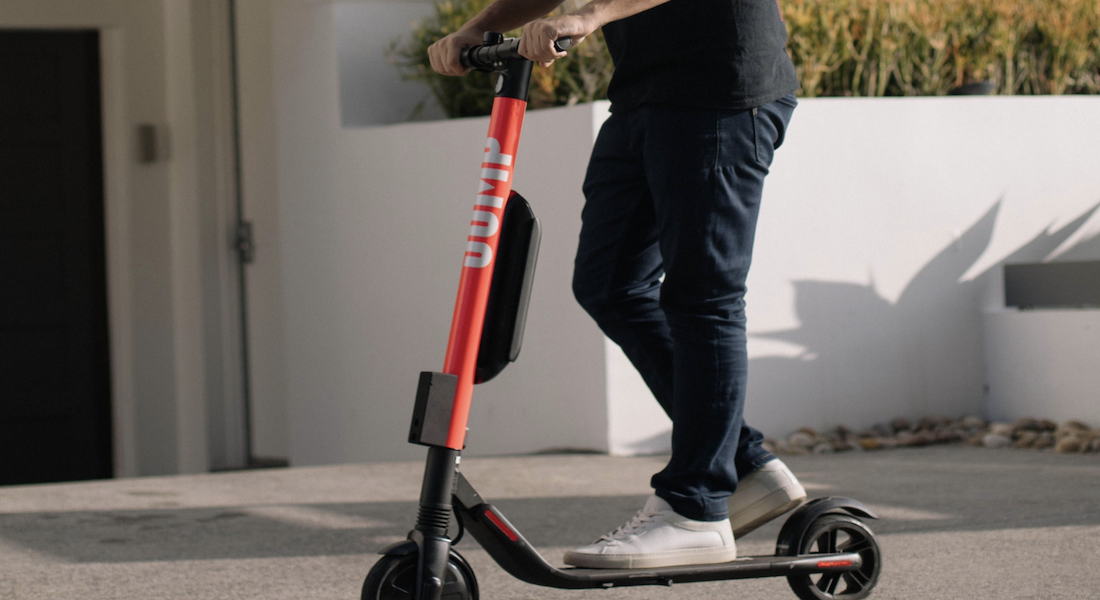 Uber purchased bike sharing start-up company Jump for a reported $200 million back in April, and yesterday they launched their first scooters in Santa Monica, CA.  The scooters are now available throughout the city and commuters will be able to use their Uber app to reserve them. All the scooters will remain Jump branded and sport a red design with white lettering.

Jump is one of four companies that has a permit to operate in the city. Santa Monica also issued permits to Bird, Lime, and arch-rival Lyft. While Lfyt launched their scooters last month, both Byrd and Lime have been providing theirs since last year. The current pilot program is set to run for 16 months and will serve as a fact-finding mission to help create more long-term regulations.

Uber’s integration and process is pretty simple. Users will check their app for nearby scooters and once they find one they will reserve it. After reserving the scooter they simply walk over to it and scan a QR code located on the handlebars. This will unlock the scooter and allow the customer access to the device. At the end of the ride, commuters will be required to leave the scooter in designated parking zones. Failure to do so could result in a $25 fine. At the end of the night, Uber employees will collect the scooters, charge them and re-deploy them for the next day.

Although they are not the only company to launch scooters, Uber will be unique in a couple of areas. The first is that Uber will allow a customer up to 5 minutes to locate their scooter before any charges begin.  The other is that Uber will allow “scooter swaps”. This means that if a customer who reserves a specific scooter encounters a more convenient scooter while walking to theirs, they can simply swap their reservation to the closer one.

This is all a part of Ubers desire to shift away from using cars for shorter trips. CEO Dana Khosrowshahi sees it as a natural progression towards becoming more than just a ride-hailing car company.

Uber will charge a $1 fee to unlock the scooter and then 15 cents for every minute after that. To celebrate the launch, Uber will be offering free rides from today until October 7th. Uber understands that there will be a loss in per ride revenue but expects that it will be made up with an uptick in overall rides.