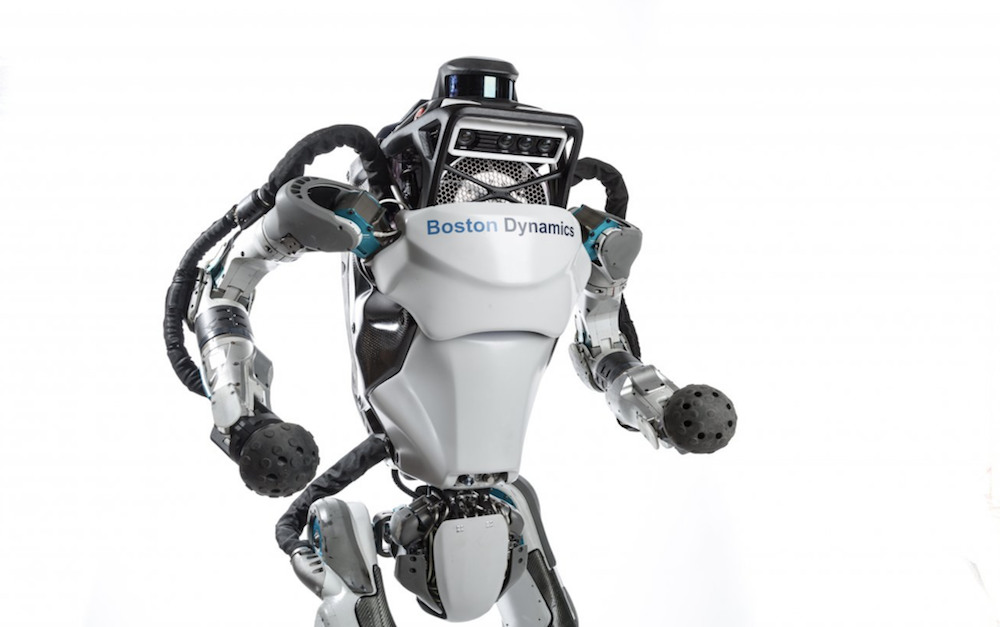 And their newest video will start to make you think that they aren’t too far off.

Boston Dynamics’ Atlas robot can now do parkour! The 30-second video is truly amazing and eerily reminiscent of a Terminator movie. You can almost visualize the humanoid robot trudging across a battlefield, wielding its weapon against the human race. In this short video, Atlas can be seen hurdling over logs and bounding up a set of staggard boxes without breaking stride.

This is just another progression in Atlas’ evolution. Over the last year, Boston Dynamics has released videos of Atlas performing two-legged box jumps, running through the woods and even performing a flip.