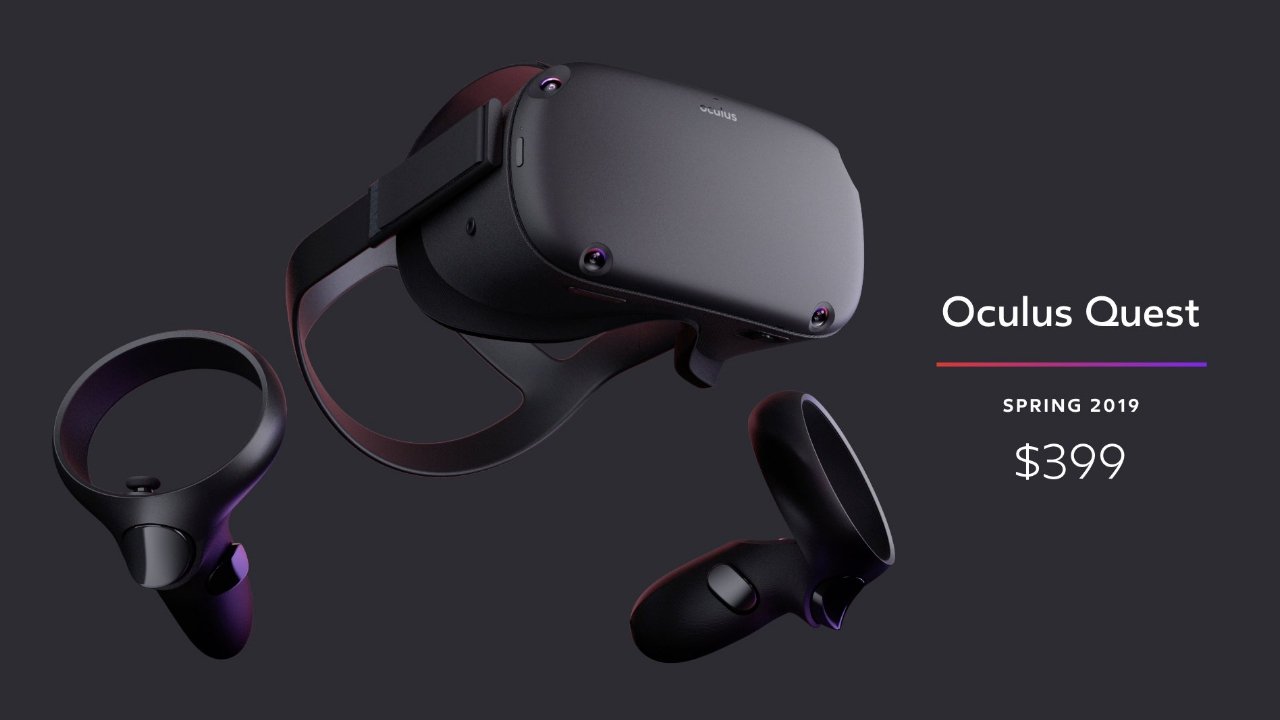 Last week Facebook took the stage at its fifth Oculus Connect conference and announced its most powerful all in one VR headset yet.  The Oculus Quest is the next evolution of Oculus’ first stand-alone VR headset (Oculus Go). It will also complete the first generation of Oculus products. The headset represents a step up from Go and a technology that falls directly in the middle of the Oculus Go and Oculus Rift. The Quest will offer the premium features of Rift but the standalone capabilities of Go.

The Oculus Quest is a wireless,  Rift-compatible headset without the need for a PC or smartphone.  That means that the Oculus Quest will be capable of playing Rift compatible games without a computer. It is a truly wireless device, with all the processing power it needs baked directly into the headset. It’s equipped with 6 degrees of freedom, two touch controllers, and four ultra-wide-angle cameras that provide full positional tracking. This sensor array looks for edges, corners, wall objects, and furniture to build a 3D map of your nearby environment.

Facebook’s long-term goal has always been to get 1 billion people into virtual reality and to date, they are only about 1% to that number. However, that has not discouraged Facebook CEO, Mark Zuckerberg, who still sees it as a viable goal.  He is hoping that an all in one product like Quest can tempt more casual gamers and help boost virtual reality into the mainstream.  Zuckerberg is all in, promising over 50 game titles including Superhot VR, Stormland, Moss and a three-part cinematic Star Wars “6DOF” experience called Vader Immortal (see a sneak peek below).

The untethered virtual reality experience is expected to go on sale for $399 and hit stores sometime in Spring of 2019. There is no official date but Oculus is aiming for a Q1 launch.